Yara Ghana has gone beyond what it is currently doing in supporting agriculture in Ghana by investing fifteen million dollars (USD15,000.00), in the construction of a fertilizer Terminal, comprising of Warehousing units and a State of the art Blends production Unit.

This without a doubt will lead to a significant boost to the Government’s Planting for Food and Jobs initiative in  particular and agriculture in the country general. I can only say ‘Ayekoo’ to you Yara. With an input support of this nature among others, we hope to raise agriculture’s contribution to GDP to a significant height in the nearest future.

Also according to a Deputy Minister of Trade and Industry, Hon. Robert Ahomka-Lindsay, the Government, since assuming office has prioritized the transformation and modernization of the Ghanaian economy.  A modernized economy must have a strong industrial sector. The Fertilizer Terminal is also meant to reduce turnaround time of the Port since bulk materials will not be bagged at the portside and in turn, increase Yara’s production storage capacity as well as making Yara Ghana, the gateway for the supply of fertilizer to other West African countries.

Yara Ghana was established in 2007. Since then, Yara has established itself in the industry as a leader in the provision of crop nutrition solutions for crop growth and quality, securing and enhancing the profitability of the farmer.

Some of Yara’s interventions to support agriculture in Ghana include;

Yara over the years has made significant investments in Ghana, the latest being the new Terminal facility launched on the 20th of February, 2019. The facility has the capacity for blending and bagging of 100mt (2,000 50kg bags) per hour and a storage capacity of about 50,000mt (1million 50kg bags).

Benefits of project to Ghana

With the increasing recognition of Ghana as a hub for trade and investment in the West Africa Sub Region and the African continent in general, this terminal facility will  make Ghana a hub for the supply of fertilizer inputs within the sub region since the facility has the capacity to supply Ghana and beyond.

This will help in turn increase employment opportunities directly and indirectly within the value chain.

Let me take this opportunity to urge others in the private sector to also come up with other innovative and modern ways by which we can together improve the quality of the agric sector. Join hands with government in pushing the agric sector to take its rightful place at the top of the nation’s economy, a place it had dominated for several decades. 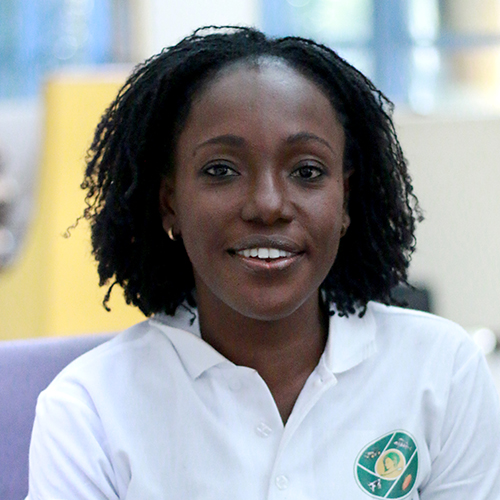