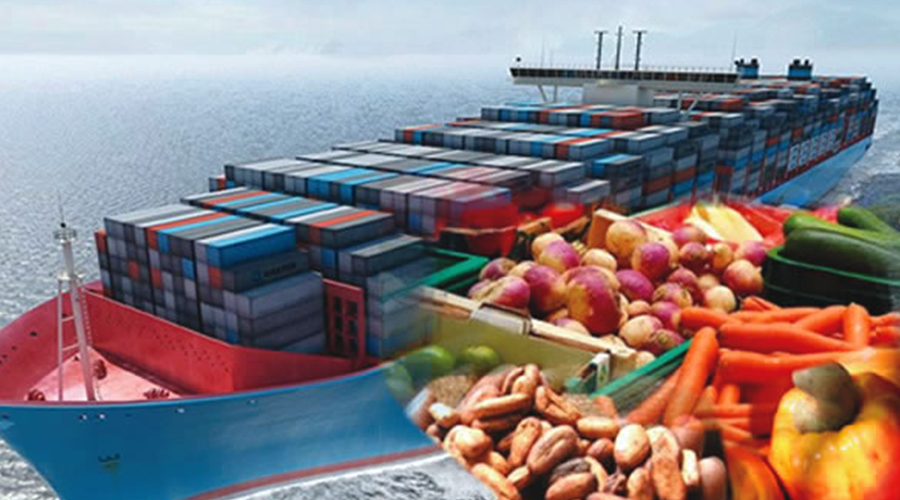 PLANTING FOR EXPORT AND RURAL DEVELOPMENT (PERD): A PERSPECTIVE

Annually the value of imported food into the country stands at a whopping US $2.4 billion. Key products that are imported are frozen chicken, meat, and rice, tomato paste, cooking oil, sugar and sorghum.  “At US$2.4 billion, the cost of food imports is about a quarter of the value of non-oil imports, which closed 2017 at US$10.66 billion,” the Daily Graphic newspaper recently reported.

This huge amount of imports is a major concern and it has many unpremeditated effects. Business people who import the food need foreign currency (usually US dollars) to pay their suppliers abroad and this puts pressure on the local cedi leading to volatilities. Paying for these suppliers abroad means farmers and agro-business people in those foreign supplier countries stay in business and create more jobs. But locally, our farmers cannot compete and are thrown out of business. The recent dip in the value of the cedi is perfect example of the negative implications of unbridled import.

In the words of Henry Kerali, World Bank country director for Ghana, “Agriculture is an important contributor to Ghana’s export earnings, and a major source of inputs for the manufacturing sector. It is also a major source of income for a majority of the population, but we have seen a recent reduction in growth in agriculture, which needs to be reversed through appropriate policies and increased investments.”

This call by the Mr. Kerali seems to have found the listening ears of no less an entity than the central government.

This is demonstrated in the newly inaugurated Planting for Export and Rural Development (PERD) programme which is expected enhance the country’s foreign exchange-earning capacity and generate jobs.

According to President Nana Addo Dankwa Akufo-Addo the new programme will ensure that Ghana’s economic fundamentals are restructured in the right shape.
Speaking at the launch of PERD, a module under the government’s Planting for Food and Jobs programme, the President said his government will be committed to developing a designated list of tree crops, all of which are grown in Ghana but are currently non-traditional exports.

He further noted that PERD, which is tailored towards increasing cultivation of foods such as cashew nuts and mangoes, presents Ghana with opportunities for diversifying her economy and will open up new revenue streams even as
the government the makes effort  to establish an institution to regulate tree crop development in the country.

Four crops are covered in the draft law: cashew nuts, oil palm, rubber and shea. It is hoped that two more will boost the final legislation and bring the total to six – coconuts and coffee.

To create a legacy towards the realization of the Ghana Beyond Aid Agenda, the Government of Ghana through the joint effort by the Ministry of Local Government and Rural Development and Ministry of Food and Agriculture rolled out the PERD programme to develop nine (9) commodity value chains namely Cashew, Coffee, Cotton Coconut, Citrus, Oil Palm, Mango, Rubber and Shea through a decentralized system.

The programme seeks to create sustainable raw material base to spur up the decentralized industrialization drive through One District Factory initiative. The 5-year PERD programme will support 1million farmers in 170 districts with certified free planting materials to cover over one (1) million hectares of farmlands and engage 10,000 young graduates as crop specialized extension officers.
The President noted that aside from the benefit of a diversified revenue base for Ghana, PERD will link agriculture to industry by providing a solid raw material base for industrialization will also help develop rural economies and support the structural transformation of the economy.

“The selection of crops in each district depends upon the ecological zone,” he announced. “The initial effort in preparation of the PERD has met with resounding success, with the establishment of nurseries all over the country.
“In the initial years of the programme, a total of 32,591 hectares will be planted with the tree crops in 191 districts.

“Some seedlings have been displayed at this event today. The enthusiasm with which the district chief executives have embraced the PERD is very commendable, and the intense interest clearly indicates that leadership of the programme at the local level is assured.”

He said with the government having revamped agriculture, PERD will complement other flagship policies and programmes such as One Village, One Dam, One District, One Factory and One District, One Warehouse to provide a historical opportunity to change the direction of agriculture in Ghana.

Other institutional measures such as the Ghana Commodity Exchange, the Ghana Incentive-based Risk-Sharing System for Agricultural Lending (GIRSAL) and a refocusing of the mandate of the Agricultural Development Bank are being rolled out to support the government’s transformation agenda, President Akufo-Addo said.

He expressed confidence that once all these initiatives are serving their purpose, his government’s bold approach will be vindicated.
“The overarching vision of a Ghana Beyond Aid is not mere rhetoric, nor political gimmickry. As a government, we are determined through action to achieve this vision, and today’s programme is a clear indication of our genuine commitment.

According to a 2018 World Bank report dubbed “The Third Economic Update, Agriculture as an Engine of Growth and Jobs Creation”, the agriculture sector’s potential to be one of the leading sectors for a more diversified is clear as the light of day.

“The economy is again rapidly expanding,” said Michael Geiger, World Bank senior economist and co-author of the report. “There is need to channel public resources into research to increase the use of technology, invest in irrigation infrastructure to increase productivity and mitigate the potential adverse effects of climate change, and leverage increased private sector investment in agriculture,”

One challenge, the report notes, is the weak legal and regulatory framework for attracting private sector investment into agriculture. According to the 2017 World Bank’s Enabling the Business of Agriculture (EBA) report , reforms are needed to improve the quality and efficiency of regulatory systems that govern access to key agricultural factors such as seed, fertilizer, machinery, finance, markets, transport and information and communication technologies. While the Planting for Export and Rural Development (PERD) program is a step in the right direction, the enthusiasm that was noticeable among key stakeholders during the launch must not fizzle out any time soon. Indeed we expect government and other relevant stakeholders to sustain the policy through practical input that are relevant and responsive to 21st century dynamics. This way, we can genuinely expect to reap the optimum dividends of what is clearly an ingenious policy direction for Ghanaian agriculture.