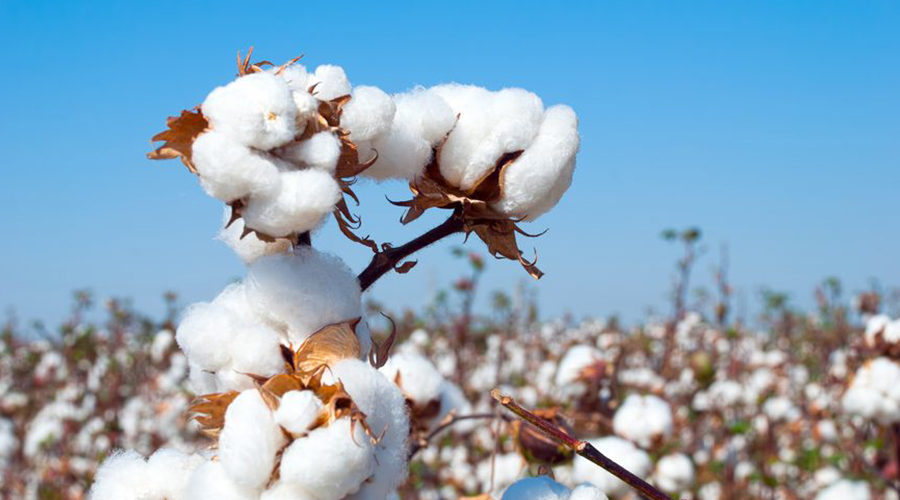 Ghana is enormously blessed with a myriad of cash crops; among which is the highly lucrative cotton plant.

Cotton is a chief cash crop cultivated in most parts of the globe including Ghana. It is a soft, stable fibre shrub native to tropical and sub-tropical regions around the world including the Americas, India and Africa. The cultivation of the cotton crop began some seven thousand years ago, in the Indus Valley, a place today inhabited by present-day India and Pakistan.

Currently, china and India are considered the two largest producers of cotton, with an annual production of approximately 34 million and 24 million bales respectively. Textile industries in these two countries consume up to 80% of what they produce.

With total international trade in cotton estimated at $12 billion, Africa has become increasingly vital to cotton production because of access to land and labour. This has consequently led to a doubling of cotton trade on the continent since 1980. Sustaining this gain is however increasingly threatened by the continents inability to add value to cotton which is largely grown by numerous small holder farmers.

In Ghana, cotton is predominantly cultivated in the three northern regions where local farmers are engaged in the production value chain of the cash crop. Despite a promising start to the production of the cotton crop however, the sub-sector has seen a steady decline for years.

The fact that a country like Burkina Faso, which shares a number of similar land and climatic conditions as Ghana has a more progressive sector than Ghana, is the clearest indication yet that Ghana is not doing something right.

Indeed failure to reverse the neglected state of the local cotton sector has huge implications that Ghana is better off avoiding. The Government would not only be assuaging the high  poverty rate in the cotton producing areas of the country, it would also be diversifying a local economy that so desperately needs to be fed by income from as my areas of endeavour as possible.

Any effort aimed at revamping the cotton sub-sector must begin with practical steps to reverse the fortunes of Ghana Cotton Company Limited (GCCL) which have waned sharply over the years due to both internal and external factors- some of which include poor management and the absence of subsidies to cotton farmers; and a world market pricing for the commodity which literally ridicules the effort of the hardworking Ghanaian cotton farmer.

The Ghana Cotton Company Limited, established in the 1960s, and named Cotton Development Board, operates in the three Northern Regions of Ghana, with offices in Tamale and Bolgatanga.

Among the myriad of problems inhibiting the progress of cotton farming in Ghana is the perennial issue of poor pricing. It is sad to know that despite the back-breaking effort of cotton farmers, the absence of a fair pricing mechanism ensures that cotton farmers gain very little from farming the ironically lucrative crop.

Last year precisely may 2017, The Chairman of Cotton Farmers Association in the Sissala area fingered poor pricing, as the chief reason for the poor performance of the sector. He further blamed lack of access to target market, inadequate subsidy on inputs among others for the collapse in the cotton sector.

While cotton farming is a hugely profitable practice with vast ramifications for the local economy, nothing significant can be achieved from the sector to power our economy, if the farmers are not guaranteed a fair reward for their hard work.

Indeed like every other crop, the cotton plant needs a lot of tending and care from planting to harvesting. While our farmers have never shown any reluctance to continue growing the crop, a continued neglect of concerns of poor pricing is a huge disincentive that could explode in our faces sooner than later. A workman deservers his pay and so effectual measures must be put in place to improve the pricing system for cotton cultivation to ensure that farmers are motivated enough to continually put in the hours on their farms and consequently boost agriculture.

Unlike crops like cocoa which are exported in a near-original form to Europe and Asia to be processed into products like chocolate, cosmetics, medicines etc., cotton thankfully has a few facilities that ensure that it receives  an appreciable touch of refinement ahead of export to Europe and Asia.

It would be recalled that in 2017 the Minister of President’s Special Development Initiatives Mavis Hawa Koomson expressed shock at the abandoned state of the Tumu Cotton Ginnery in the Upper West Region.

According to locals of the factory site, the facility had been rendered operational for years because of a lack of raw material for processing. Further interaction with local’s further revealed that the unavailability of raw materials is due to a new farmer-disinterest in cotton crop; which many see as non-lucrative and have therefore veered into the cultivation of food crops.

Madam Mavis Hawa Koomson who led a team of government officials to visit the facility, said she had been saddened by the fact that the previous government failed to take steps in revamping the ginnery that is critical to cotton production in the country.

“What we saw here is beyond our imagination as we taught the problem was with the machines but that is not the issue”, she bemoaned.

The minister according to local news sources assured that the Tumu cotton ginnery would be operationalized to revive cotton production to feed the industry soon after the law to rename and restructure the Savanna Accelerated Development Authority (SADA) was completed.

Indeed the foregoing   narrative makes for grim reading.It is regrettable that a facility with the capacity to employ 2000 or more people with the exception of farmers is lying idle.

Just like the Tumu cotton ginnery facility, government at all levels must demonstrate a conspicuous commitment to causing a renaissance of some sort in cotton production through a renewed emphasis on revamping cotton processing facilities.

There is obviously a colossal amount of potential in the cotton sub-sector that we are currently not taking advantage of. While it is curiously surprising why a profitable sub –agric sector has been literally left to rot, efforts must begin in earnest to turn the fortunes of cotton farming in Ghana.

To achieve this much, a medium-long term strategy aimed at the establishment of an autonomous and sustainable fund that would support the activities of cotton farmers must be created and managed professionally.

In Tanzania for instance, the Tanzania Gatsby Trust (TGT) recently launched a special programme to increase cotton production to 1,500,000 bales from the current 700,000 bales with an investment of $7.2 million for a period of two years.

The significant successes achieved by the  U.S., China, India  and many other countries who have applied GM Technology should be emulated to help improve the fortunes of cotton farming.

The adoption of Genetically Modified (GM) technologies must then be followed closely by expansive drip irrigation systems to improve productivity and to mitigate avoidable cost.

There is obviously a lot of work left to be done to get the local agric industry where it truly belongs. While recent efforts like government’s flagship Planting for Food and Jobs is laudable, a deliberate effort aimed at diversifying the agric industry is worth every effort.

The current state of cotton cultivation is testament that there are more areas of agric endeavour that are edging away from relevance because of neglect and abysmal management.

The onus therefore lies on stakeholders to commit to a renewed diversification effort that will see Ghana tapping the full potential inherent in her hugely dynamic agric sector.