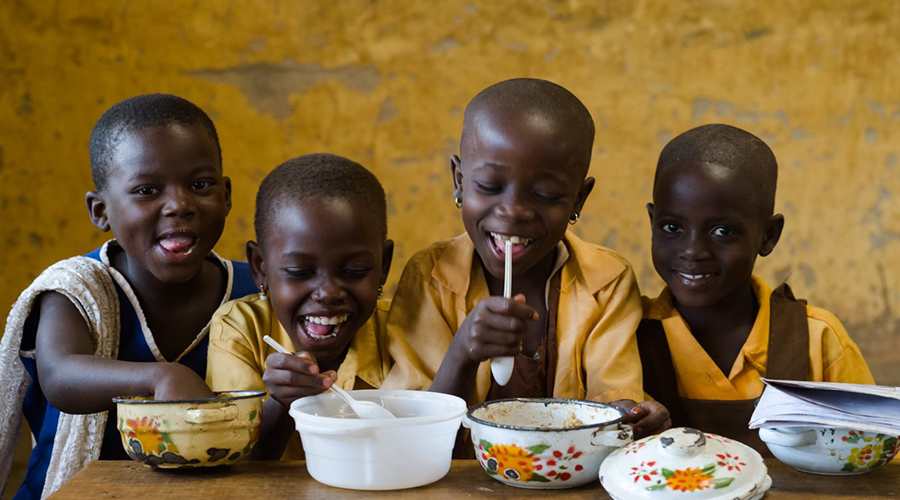 A recent Aljazeera report dubbed “1,000 Days of Hunger” captured the hunger situation in Ghana thus: “Child malnutrition is a silent tragedy jeopardising the future of more than one million children across Ghana.

Many Ghanaian children under the age of five suffer the irreversible effects of mal-nutrition in their critical first 1,000 days of life. This is the time in children’s lives that determines their health as adults, their ability to learn in school and to perform at a future job.

Over a quarter of children under the age of five in Ghana suffer chronic malnutrition. These children will never reach their full potential in physical or intellectual milestones. This is not a new pattern. Nearly 40 per cent of Ghanaian adults grappled with stunted growth as children.”

This damp narrative of Ghana’s struggle with hunger has loomed large over the country despite spirited attempts by successive governments to combat hunger and malnutrition. As a result, the local economy is estimated to have lost over two billion dollars (6.4 per cent of the country’s GDP) as a result of the impact of malnutrition of Ghanaian children in the last decade.

Buoyed by the need to help Ghana reverse the hunger situation and consequently achieve Sustainable Development Goal 2, the World Food Programme   commissioned the John Agyekum Kuffour Foundation (JAKF) to undertake the Zero Hunger Strategic Review on behalf of the Government of Ghana in 2016.

The Zero Hunger Strategic Review in Ghana was undertaken by a research team from the University of Ghana, University for Development Studies and the Kwame Nkrumah University of Science and Technology.

The report advocates for an expansive approach that hinges on advances in agriculture, and other sectors including nutrition, water, sanitation, health, and hygiene, gender and social protection that directly or indirectly affect food and nutrition.

According to the report, despite substantial reductions in food shortfalls since the 1990s, hunger and malnutrition remains a lively threat to the wellbeing of Ghanaians, particularly in the northern regions and among rural and peri-urban communities.

The report further advocates for an all-inclusive measure to stem the tide of hunger and malnutrition by the year 2030 and specifically recommended for a food security and nutrition advisory board at the Office of the President to help inculcate it as a cornerstone of national development.

The report also calls for increased   production and consumption of foods rich in essential nutrients. It highlights the obvious decline in the production foods such as sorghum, millet, groundnuts and cowpeas over the past decade which effectively leaves maize as the most produced staple food in the country.

The report’s emphasis on food nutrition is corroborated by Former President Kufuor who during the official launch of the report, said: “As we seek to achieve zero hunger in our country, we should always remember that food production must be nutrition-sensitive. It is more important for food to nourish the body than simply fill the stomach”, the venerated erstwhile leader said.

“Indeed, we were the first country on the African continent to attain the Millennium Development Goal No. 1 of halving poverty and hunger, for which the country received an award ‘for reducing the level of its malnourished population from 7 million in the early 1990s to less than 1 million today’”, he said.

The President praised the effort and stressed that efforts like it will facilitate rural development and help achieve SDG 2 by 2030.

“Government’s vision is to modernise agriculture, improve production efficiency, achieve food security, and profitability for our farmers, all aimed at significantly enhancing agricultural productivity,” he said.

The President continued, “The basic objective of the policy is to guarantee food self-sufficiency, i.e. that we can feed ourselves and wean us off the disgraceful dependence on the importation of foodstuffs we can grow ourselves. We are determined to stand on our own feet – hence our mantra, Ghana beyond Aid.”

The launch of the report further underlined the enormous commitment of the World Food Programme (WFP) to Ghana. The global body hopes that the report will act as a roadmap that will guarantee hunger eradication and culminate in the attainment of Sustainable Development Goal 2 in Ghana.

Mr Abdou Dieng, WFP Regional Director for West and Central Africa, explains that  the review endeavour is geared towards propelling governments agricultural interventions that have shown potential “We are using this review as the basis for WFP’s five-year country strategic plan in Ghana which is built to support the government’s excellent flagship programmes and agricultural policies.”

He further stressed that as part of this collaboration with government, the WFP works more closely with the private sector to reduce post-harvest losses and malnutrition using a market-based approach which would be self-sustaining.

The Zero Hunger Strategic Review in Ghana is a country-led, open and all-inclusive process involving the input and expertise of key stakeholders. The outcome of the review established a standard that helps explain the challenges and gaps in the country’s response to food and nutrition security, leading to a joint agreement and consensus on priority actions required to achieve the United Nations Sustainable Development Goal 2.Sustainable Development Goals (SDG2) is targeted at ending hunger, achieving food security and improved nutrition and promote sustainable agriculture by 2030.

The five broad aims of SDG’s are:

With a central objective of creating a national report and roadmap to zero hunger, the Ghana Zero Hunger Strategic Review is timely and hugely relevant. The reason for this assertion is not far-fetched-Ghana was only four years ago, cited for lagging in the fight against hunger.

In 2014, Ghana failed to achieve the target of halving hunger before the target year of 2015, after the Food and Agriculture Organization (FAO) announced the list of countries that had made exceptional headway in the fight against hunger.

Ghana could not make the list of thirteen countries recognised by the FAO for outstanding progress in fighting hunger.

While the battle in winnable, a collective national resolve will be required. One can only hope therefore that the inspiring rhetoric by the president and other stakeholders will reverberate across the country so that together we can work to see the back of the malignant canker of hunger and malnutrition in Ghana.