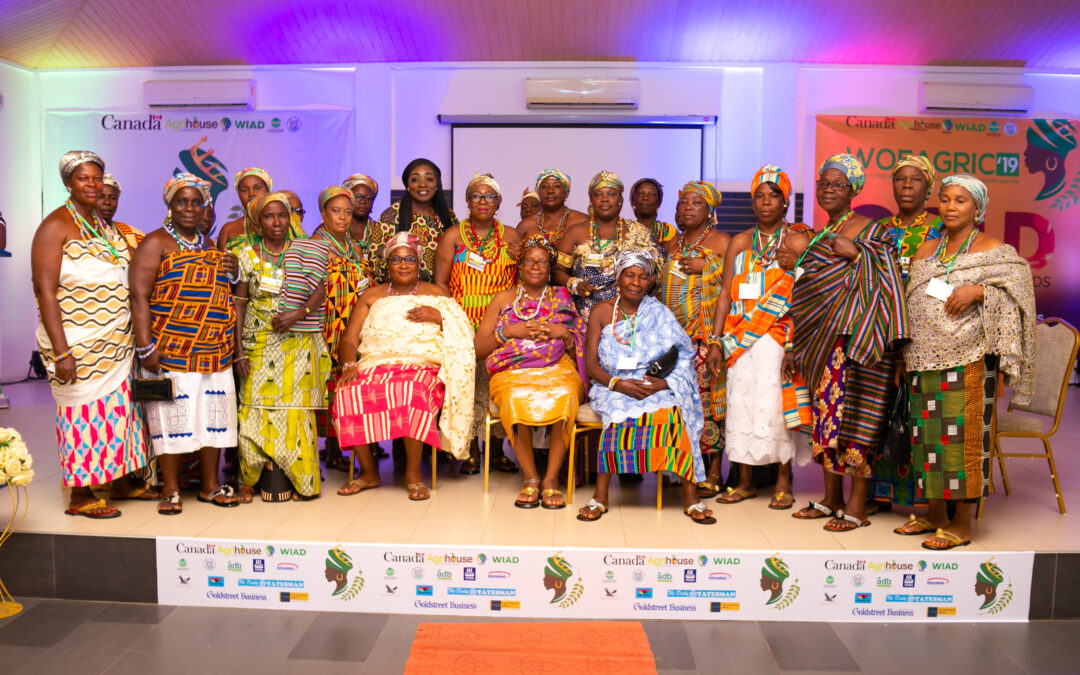 The role of traditional leadership is an integral aspect of the Ghanaian culture. In Ghana, traditional leaders have for years worked with local government to enhance peace and security and development in their respective districts and communities, as part of contributing to national development.

Chiefs and queen mothers are, in fact, regarded fathers and mothers of their communities; and in this light, are bestowed a number of responsibilities aimed at guiding them to provide social, economic, and cultural empowerment. Responsibilities including presiding over traditional councils to maintain peace, law and order and stimulate community development, formulating general proposals to offer advice to local governments, coordinating developmental plans and initiatives for their communities, and encouraging the payment of tax and levies.

Others include, helping to determine religious matters and give full support to Arts and Culture. They control traditional titles and offices; determine customary laws and practices; and help to accelerate the task of mass mobilization and participation of the people in community development programmes of their respective communities. Importantly, they serve as important links between their communities and the government, while serving advisory and advocacy roles.

Aligning with these values, Agrihouse Foundation is also set to host the maiden edition of “Gathering of the Royals,” as a standalone event. For the past three years, Gathering of the Royals has been organized as a part of the Women in Food and Agric Leadership Training Forum and the Gold in the Soil Awards, which has since 2019 been empowering women farmers to develop their agricultural skills; motivating mentoring and helping them build on their capabilities  as women in agriculture. The first edition was held in the Volta Region; the second in the Ashanti Region and the third in the Upper East Region.

This year, the fourth and independent edition of the event, has been scheduled to take place in the Greater Accra Region, on Tuesday, February 22, 2022, at the GNAT Conference Hall, on the theme, “The Role of Royals in Accelerating Agri-Peace and Developing Sustainable Farmers,” with special focus on the work of Queen Mothers, in relations to farming and agriculture in their regions, districts and communities.

The title of “queen mother” indeed relays a rank of authority within Ghanaians traditional community. Queen Mothers are responsible for designating the next chief, providing wise counsel to the chief and his elders, rallying all women together, and keeping an eye on the social conditions within the society. Queen mothers are selected from the royal family of each town and village. It is the head of the royal family and the elders who choose both the chief and the queen mother, a pair that might be related to one another.Today, Queen mothers are adapting to the changing world and the position has remained vital.

To better serve as agents of empowerment who are contributing significantly to social and economic changes in their communities, queen mothers are continuously reexamining their roles and are exploring more development and partnership opportunities to attain their goals. They are starting businesses, non-governmental organizations and heading various projects and initiatives in their districts and communities, which are contributing positively to the lives of their people.

In line with these developments, Agrihouse Foundation is bringing together fifty (50) queen mothers, with representatives also from Academia, policy, Government, development agencies and Agric institutions, to explore further opportunities within the agric sector, as well as conflict resolutions alternatives towards Peace-building, and the development of sustainable farmers in the country. Executive Director of Agrihouse Foundation, Ms. Alberta Nana Akyaa Akosa Sarpong, has described the event, ‘GATHERING OF THE ROYALS,’ as a much-needed intervention, that will contribute significantly to policy direction and structuring of innovative Agricultural systems and approaches.

She said the event is aimed at making room for royals and corporate leaders, to digest issues pertaining to food security and self-sufficiency, which can help to stabilize and sustain farmers at the community levels. “We are positive by the end of the meeting, dialogues and conversations, we would have contributed to creating sustainable working relationships that strengthen collaborative efforts between our corporate bodies, stakeholders and traditional leaderships,” she has noted in a press release.

According to the Executive Director, the queen mothers will engage in an interrupted panel conversation to discuss major concerns hindering the growth and sustainability of women farmers in their districts and communities. They will touch on concerns such as access to funds and ready market; warehouse and storage facilities, cost of transportation at supply and delivery points, Fulani Herdsmen, and Elephant Invasion, Illegal Small scale – farming, FDA certification, child trafficking and child labour, among others, siting case studies of developmental projects and interventions they are spearheading in their districts and communities.

A strong case study is in Manya Krobo in the Eastern region, where queen mothers have started the Manya Krobo Queen Mothers Association (MKQMA) in order to help children who have been orphaned because of HIV and AIDS. The group was started by Nana Okleyo. Studies of the association’s work in the Manya Krobo District shows that it was a good model of how to address the issue of orphans in Ghana and West Africa. There are approximately 370 queen mothers involved in MKQMA. In addition, the MKQMA, under the leadership of Manye Esther, has developed HIV/AIDS prevention programs and helped support more than 400 orphans.

Another case study, recently published in Thomson Reuter Foundation, reveals some 10,000 Queen Mothers in Ghana are supporting and empowering their communities by bringing social and economic changes to women and children across the country. According to the article, in the Lawra Traditional Area in the upper western corner of Ghana, Queen Mothers are very influential at grassroots level, “especially among women,” says Dogkudome Tegzuylle I, a midwife in Lawra town and the Pognaa (Queen Mother) of Lyssah.  To support themselves as women, the Queen Mothers have created small income-generating projects based on their community’s natural resources, such as shea butter. They have initiated soap making, beekeeping and hairdressing groups, as well as informal savings and loan clubs.

More of such relevant positive socio-economic impacts will be highlighted among the eight queen mothers from Bono East, West-North, Ashanti, Eastern, Western, Oti, Upper East, Upper West and Greater Accra region, who will be partiicpanting in the Panel Conversation expected to take place at the event, Alberta Nana Akyaa Akosa Sarpong, has noted.

The panel conversation is expected to create room for the queen mothers to elaborate on Agricultural development initiatives they are championing in their various clans and districts. The challenges and modules that are proving successful and how working with relevant stakeholders can add to the social and economic impacts they are making in their regions, districts and communities. They are expected to touch on concerns such as; inappropriate farming methods and practices and it effect on growth,  access to funds, ready market; warehouse, storage facilities, cost of transportation at supply and delivery points.

They will also touch on issues relating to  Fulani Herdsmen, Elephant Invasion, Illegal Small scale – farming, child trafficking, lands, child labour, FDA certification, operations of Agric input dealers, machinery and equipment, Irrigation systems, over reiliance on rains and other related issues, influencing resilience building and stability  of farmers and farming activities. The event will also allow for feedback and input from present participants on solution-oriented measures that can positively influence Agricultural growth, enhance livelihoods and contribute to food security within their respective communities.

“At the end of the event, we are expecting to have come-up with workable solutions and built a closer working relationship between traditional authorities, corporate bodies, Academia, development partners, Government agencies, among others.   We believe, we would have also assisted to project ground issues, that could direct and inform policy,” Alberta emphasized.

She said the event presents an opportunity for Traditional leaders to work closely with governments, businesses, development partners, academia and civil society to galvanize sound policies, actions and leadership that will enable transformations required to create inclusive, resilient and sustainable agriculture and food systems that deliver for people, planet and prosperity.

The event further creates an atmosphere for productive and healthy conversations to take place, among traditional leaders, selected parliamentarians, development partners and the corporative institutions, to ignite collaborations in strategic areas for high impacts, and provide practical, realistic and achievable solutions for Peace and Agri-development,” she emphasized.

It is also expected to highlight the wealth of our natural resources, the large, young and growing Agri-population; the potentials and the right opportunities for Agri-business growth and development, whiles drilling down into the key issues, with case studies focusing on our Regional Agricultural strengths and serve as a networking opportunity for agric stakeholders, whiles celebrating the many dynamic efforts of our traditional leaders.

The Gathering of Royals event has over the last 3 years, been held as part of the Women in Food and Agric Leadership Training Forum and the Gold in the Soil Awards, which is annually sponsored by the Canadian High Commission, Yara Ghana, ABSA, OCP and RDF Ghana LBG. “The 1st was held in the Volta Region, 2nd in the Ashanti Region and 3rd in the Upper East Region. It is being held as an independent event, for the 4th time, here in the Greater Accra Region,” she said.

Touching on the need for partnerships in support of such relevant initiatives, Ms. Alberta Nana Aykaa Akosa Sarpong, has noted that investing in the country’s agric sector is an practical way of creating sustainable wealth for families and communities. She has therefore called on corporate organisations, government agencies, civic society organizations, financial institutions, among others, to continue supporting Agrihouse Foundation, as the organization aims to influence the country’s agricultural sector positively by initiating projects and events that educate, train and build the capacity of farmers and all value chain actors in the country.