FARMERS LAUDED GOVERNMENT FOR PLANTING FOR FOOD AND JOBS INITIATIVE 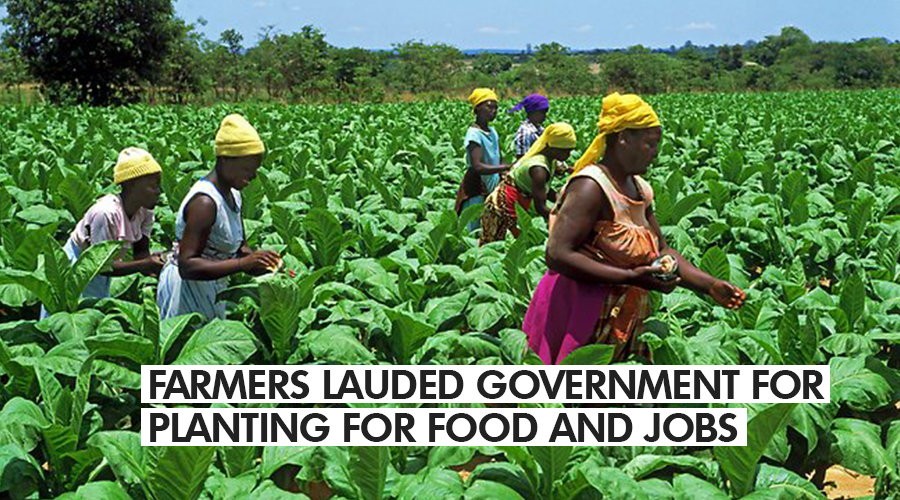 The Executive Director of Agrihouse Foundation, Alberta Nana Akyaa Akosa has lauded government for the interventions conceived to improve the agricultural sector…

She said the Planting for Food and Jobs flagship programme and the four-year agricultural development programme that aims at increasing yields, creating jobs and adding value to farm produce respectively are worthwhile initiatives that Agrihouse Foundation will support to thrive.

She encouraged President Nana Akufo-Addo to do more to attract more people in the middle class into agriculture to help enhance production since they easily adapt to innovations and technological trends.

She said government should adopt strategies to ensure farmers easily acquire land for cultivation; have easy access to finance and a ready market.

She noted that, despite the high interest and involvement of women in agro-products, they are still hampered with insufficient resources and lack of proper education, improved technology and fair markets among others.

She disclosed that, the World Development Report for 2012 estimated that, if female farmers had same access to fertilisers and agro inputs as their male counterparts, the overall maize yields would increase by almost one-sixth.

For his part, the Northern Regional Minister, Mr. Salifu Saeed explained that the theme: ‘Agribusiness in Northern Ghana, the Future Starts Now’, is not only fascinating but timely. He noted that, this has coincided with the vision of President Nana Akufo-Addo to free the people of Ghana from the shackles of poverty through agriculture.

He said the northern region is the hub and food basket of the country and therefore, the inhabitants are always committed and ready to embrace any initiative that sort to improve and transform their lives. He said government cannot underestimate the significant contribution of the agric sector to the GDP of the economy.

He added that this informed the decision of the NPP led government to implement the Planting for Food and Jobs which also eventually gave birth to the Planting for Jobs and Investment innovation.

“There is no better time than now to interact and create the necessary contacts for future dealings because this is a sector that thrives on collaboration” he said.