CHINA’S DYNAMIC AGRIC SECTOR AND THE LESSONS FOR GHANA 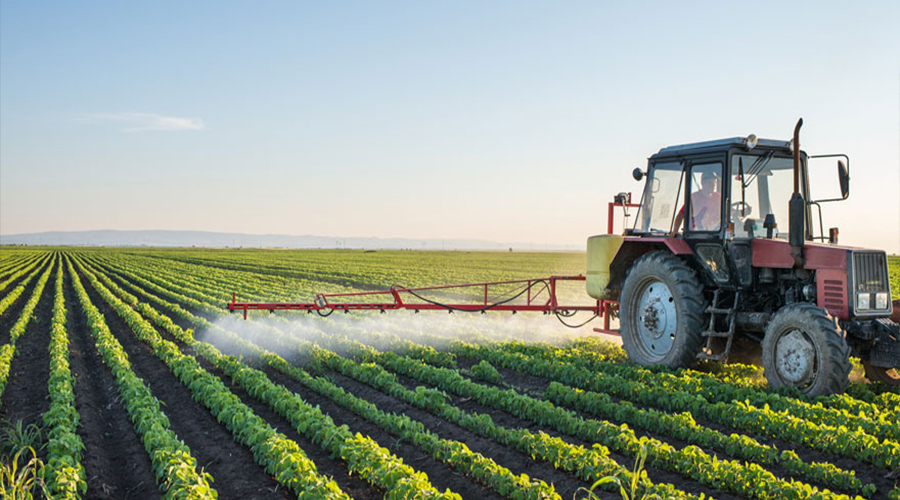 If there is any country which has made the most significant leap in national growth and global significance in the last half century, it has to be China.

Despite initially struggling with bouts of food shortages in the twentieth century, China is currently estimated to be directly responsible for feeding 22 percent of the world population with only seven percent of the planet’s arable land.

With very little arable land at her disposal, the Chinese ensure that whatever space they have available is heavily utilized for agriculture. Vegetables are planted on road embankments, in traffic triangles and right up the walls of many buildings.

Even so since 1949 China has lost one fifth of its arable land. Only about 10 to 15 percent of the land in China is good for agriculture (compared to 1 percent in Saudi Arabia, 50 percent in India, 20 percent in the United States, and 32 percent in France).

China is rated the world’s top consumer of meat and grain; and with an ever increasing consumption of cooking oil and meat, the country has seen a sharp rise in the demand for soybeans as an oil source and feed for livestock.

A great percentage of the country is agriculturally unproductive. Arable land is concentrated in a band of river valleys and along the southern and eastern coasts of the Asian country.

Wheat, corn, soybeans, barley, sorghum, millet are grown in the north and central China. Rice is the dominate crop in the south. Some places produce double crops of rice. Most crops for export are grown in the coastal areas. These areas have relatively good roads and access to ports used for exporting produce.The Northern Plain, which includes Beijing, is home to 65 percent of China’s agriculture as it produces half of China’s wheat and corn.

The Yangtze River delta is another important agricultural area. It is home to 30 million people and fertile soils produce a tenth of the country’s crops. The crop yields there are expected to decline as large scale industries expand from nearby Shanghai and occupy productive agricultural land.

China is very mountainous. A lot of slopes and hillsides have terraces built on them so crops, particularly rice, can be grown on them. In barren Qinghai province, the only locally-grown food is raised in crude greenhouse made from plastic stretched over a bamboo frames.

Despite a fledging agricultural sector, China has had to grapple with huge concerns over food safety caused by pesticide abuse from some quarters. Most crops in China are raised with pesticides, chemical fertilizers and sewage sludge. Fertilizer is subsidized and is cheaper than its real cost.

Chinese farmers enjoy the services of cutting-edge agricultural research centers and laboratories that do research and churn out piles of data on the latest fertilizers, pollution risks and genetically-engineered crops.

The bottleneck that confronts these research centers is that the data and insights these researchers come up with rarely finds its way to farmers, who mostly rely on the pesticide and fertilizer salesmen to keep them informed.

To help stem the spiraling incidences of crop pollution, the Chinese government has developed a Green Food program where produce is certified for low pesticide input. This has been articulated into Green food Grade A and Grade AA. This Green Food AA standard has been aligned with IFOAM international standards for organic farming and has formed the basis of the swift growth of organic agriculture in China.

In what is a radical measure aimed at guaranteeing food security for its mammoth population, Chinese investors have taken to buying and in most cases renting sprawling fields for crop cultivation and other agricultural endeavors in neighboring countries like Russia, Kazakhstan and Kyrgyzstan.

Though Beijing has refused to consider the trend as a solution to its food safety concerns for being “an unreliable policy”, many wealthy Chinese individuals and corporations have invested in the trend which has been termed “mega farming”

“We don’t believe that going to rent and farm in other countries is a reliable policy option,” a Chinese government official said recently.

Ghana and china share historic Relations dating back to 1960 when the countries first established diplomatic relations. Since then, Ghana has provided considerable diplomatic support to China with the country reciprocating with funding for key areas like the agricultural sector.

Late last year, China, through its grants for agricultural development in the Ghana, donated  13 sets of corn grinders, two sets of soya bean flour milling machines as well as one set of millet milling machine to the Development Authority in charge of the Northern Savannah zone.

During a short presentation formality, the Chinese Ambassador to Ghana at the time, Sun Baohong, praised the government of Ghana for launching such initiatives as “One District-One Factory”; “One Village-One Dam”; and “Planting for Food and Jobs”, while assuring the country of Chinas unwavering commitment to helping Ghana succeed in agriculture.

“Over the years, China and Ghana have conducted win-win and fruitful cooperation in agriculture. China provides a good number of training opportunities to Ghana for bringing up the agriculture talents that will one day lead an increasingly expanding local agricultural industry.

A number of Chinese enterprises are also here investing in agriculture, from planting to processing. As an important partner, China will strengthen cooperation with Ghana in agriculture in the future,” she concluded.

Indeed China appears to be Ghana’s new found best-friend, and the “love affair” between the two countries looks destined for unprecedented heights, particularly in agriculture. 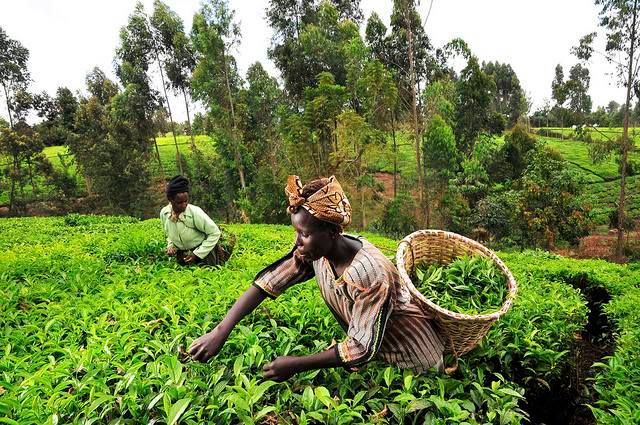 China presents Ghana a lot of lessons that we could take advantage of to better our hugely important agricultural sector. Despite having to deal with the challenge of feeding the world’s largest population, China has stood strong and fully relied on the power of innovation to emerge triumphant in its quest to ensure she feeds her teeming inhabitants.

The lessons for Ghana are plentiful. From the country’s ambitious cross- border agriculture experimentation, to the stringent control of pesticide use, we must make an effort to ensure that while savouring the glee of receiving countless grants and equipment support from our Asian friends, we also do well to tap into the positive practices that has made China an agriculturally successful

country that easily rubs shoulders with greats like the United States and Canada.

Hard work, focus and resilience are strewn all over the story of China’s emergence from the dark days of famine to brighter days of food security. A worthy example is always worth emulating; and with an ally that has one of the most inspiring grass to grace stories, Ghana should perhaps pay as much attention to China’s resilient rise to the top than it does loan and grant acquisition-this is the most realistic way to emerge victorious from the many challenges that has serially impeded the growth of our local agricultural industry.