Poor Agrochemical Handling and the Option of Organic Farming 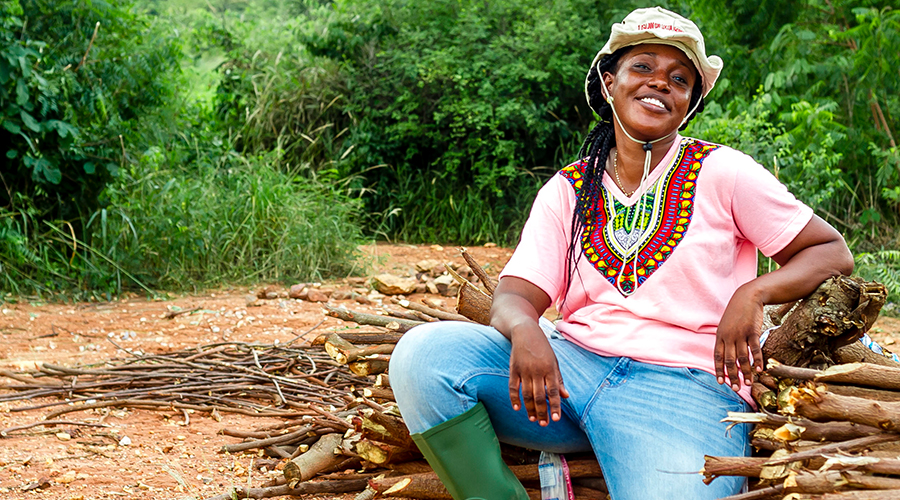 Recently at a friend’s office, i couldn’t help but cringed at what i heard regarding how some farmers handled agro chemicals.

As we conversed, our discussion soon veered into agriculture, particularly how our farmers handled agro chemicals which have proven to be as lethal to human life as they are to crop pest.

“Do you know that some farmers even taste some agro chemicals with a tip of their finger to ascertain its perceived potency?” My friend said to me, as i looked on mortified.

While am still struggling to accept that any sane person is capable of such gross indiscretion; i concede that ignorance is cruel guide for the ill-informed.

It is no secret that a huge percentage of the Ghanaian farmer population have little or no education. This means that we have quite a journey to travel if we would stand a chance of protecting the farmer and ultimately the larger population who rely directly on the farmers produce for food.

But for a country still grappling with the challenge of low literacy rate among its urban population, expecting any significant improvement in farmer education on effective handling of agrochemicals may prove quite some task; this is even further exacerbated by some stiff-necked farmers who summarily dismiss any new interventions intended to protect them and the rest of society. To put it point-blank, many a Ghanaian farmer is simply resistant to forward looking change.

There is an abundance of documented evident that points to the fact that poor agrochemical handling by farmers are becoming an increasing source of environmental pollution which could put the health of the country in jeopardy if steps are not taken to ensure a reversal of the regrettable trend.

This is where organic farming comes in. There is no gainsaying that organic farming is a favoured alternative that needs to be explored more. Although the quick-fire efficacy of synthetic agro-chemicals have endeared them to the Ghanaian farmer population, the prospects of the long term effect on farmers and the environment calls for an urgent need to consider prioritising organic farming as the future of  farming in Ghana.

Organic farming is a form of crop and livestock production which relies on natural sources of nutrients such as compost, crop residue and manure, and natural methods of crop and weed control instead of using synthetic agro-chemicals.

In this form of organic farming, crop and animal nutrients are Incorporated and deliberately managed to ensure optimum performance of farm crops and livestock. It involves relying on an engineered nutritive plant support base that also helps keep pests at bay.

According to the Canadian Organic standards, the general principles guiding organic production include:

Benefits for the farmer

According to a recent study published in the “Proceedings of the National Academy of Sciences”, organic farming could be more lucrative than other alternative forms of farming input methods .The study attributed this to the growing consciousness among the world’s population that organic farming is a source of wholesome farm produce devoid of any harmful chemical residue that have been reported to have compromised the safety of most consumable farm produce on the market today.

The researchers conducted a meta –analysis of 44 studies representing 55 crops grown in 14 countries on five continents over 40 years and came to the conclusion that organic farming was actually 22-35% more profitable than conventional agriculture .The study reported that, true organic farmers spend more on labour -7-13% more according to the study. They use hands on pest control methods, for example, like introducing a predator insect to get rid of a pest species instead of relying on a farm spraying exercise. Through this, organic farmers’ side step the cost that they ordinarily will incur having to spray large swaths of farmland with synthetic pesticides and fertilizers.

In the Caribbean nation of Jamaica, birds deliberately planted on farms to eat off nuisance coffee pest saved an estimated $18 to $126 per acre annually. In Spain, constructing roosts near rice paddies increased bat population and reduced local pests.

In Cape Verde, the organic farming  fad has been ignited  by a section of the private sector who now pride themselves in exporting “wholesome organic chocolate “interestingly, their chocolate is likely to command a higher sales premium than what we export from Ghana for the simple reason that we export products that are not “organic”. Similarly, in Kenya coffee growers have devised a means of making more money from their export through a commitment to growing the much sought after coffee beans in an organic way. This attracts extra premium for the product which is often exported to Europe and the Americas. The Kenyans took their interest in organic coffee farming   a couple of notches high by partnering a Latvian organic fertilizer manufacturing firm whose products have helped reinforced the  coffee cash crop as key component of Kenyans foreign exchange earner.

Ghana has a lot to gain from organic farming. The prioritization of profit at the expense of wholesome farm produce must be stemmed to guarantee a healthy future generation for our country.

On the business side of things, organic products are even a better source of revenue as the examples of Kenya and Cape Verde have demonstrated.

The world is increasingly becoming conscious of it health, therefore Ghana must also strategize to position her for success in the international agro business space.

Imagine a chocolate of Cape Verdi origin selling at a higher price than our Ghanaian chocolate, for the sole reason that it has an organic labelling. This is the direction the world is headed, and if we will keep pace with the rest of the world, we have to seriously consider organic farming.

Our thirst for synthetic agro chemicals is becoming alarming .These days, farmers’ abuse agrochemicals by disregarding all products handling instructions.

How many times have we not heard ludicrous tales of how farmers harvest tomatoes and other similar products after a few hours of spraying same; in complete disregard for stipulated product use guidelines which requires that a significant amount of time be allowed in-between spraying time and harvesting?

There are harrowing narratives all over the country detailing how farmers abuse agrochemicals. While education was thought to be a sure path to ending the menace, we seem distressingly far from achieving any significant success at this. That is why we must seriously regulate the influx of all manner of agrochemicals into the country while simultaneously positioning organic farming as the new positive direction for Ghana’s agriculture.

Her organization manages the biggest annual USAID/ ACDI ADVANCE’s Agricultural exhibitions in the Northern Region – “The Pre-harvest Agribusiness Exhibitions and conference”, as well as the Poultry Value Added value chain fair (POVAC) and the Pre-season event.

Alberta is the project and communications consultant for the National farmers’ and fishermen award winners association (NFFAWAG) and the local organizing partner for Reeds Exhibitions, a renowned global exhibition organizers – behind the “ Value Added Agriculture Fair” in Ghana. She has successfully led her team to manage projects for marquee agric industry firms.